REUTER : MAY THE SHOPPING BE WITH YOU: FRENCH SUPERMARKET TESTS ROBOT DELIVERY 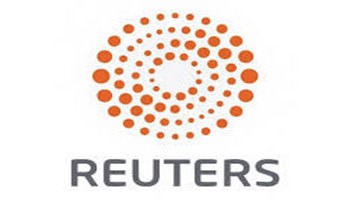 PARIS (Reuters) – Four decades after R2-D2 delivered a vital message from Princess Leia in the hit movie “Star Wars”, a French supermarket group plans to use robots inspired by the drum-shaped droid to transport food to customers in Paris.

A man does his shopping at a store using an autonomous robot, shaped and inspired by Star Wars R2D2, in a test for the delivery of groceries by Franprix supermarket chain in the 13th district of Paris, France, April 17, 2019. REUTERS/Charles Platiau
Stepping up the race for automated deliveries with online retailers such as Amazon, Casino’s Franprix chain will test the delivery robots on the streets of Paris’s 13th arrondissement for a year.

In the French capital, where Amazon has been running its Amazon Prime Now express delivery service since 2016, the speedy and convenient delivery of food has become a battleground among retailers.

“This droid will facilitate the life of city dwellers. The last mile delivery is crucial. This is what builds the relationship with customers,” Franprix Managing Director Jean-Paul Mochet said of the service, which will be free.

“We are going to test three droids in this store. If the test is successful, we may extend it to other Franprix stores.”

Franprix and its partner, French start-up TwinswHeel which developed the as yet unnamed robot, are running the test after the city’s authorities approved the southeastern arrondissement for the experiment.

The electric vehicles have two large wheels, a suitcase of either 30 or 40 litres and can run for 25km (15 miles).

In the initial trial, Franprix will use the robot in store to carry purchases for customers – mainly people with reduced mobility or the elderly – and take the goods to their homes.

Using a “Follow Me” button on the machine, the robot is paired with customers through visual recognition, so it can follow them in store and on the street.

R2-D2 CALLING
Initially, the robot will not go on the streets on its own, but will be followed by an operator because Franprix does not have permission for the machine to travel solo yet.

For that, legislation needs to be changed, Mochet said, adding he hoped that would happen soon.

In future, Franprix and TwinswHeel hope customers will be able to order goods online or in store, and the droid will take them to shoppers’ homes and announce its arrival by text.

The message will include a code so customers can unlock the robot’s suitcase and unpack the goods.

Larger robots could also be used by store staff to re-stock shelves.

Franprix, which made 1.6 billion euros (£1.4 billion) of sales last year from its network of 900 stores, is not alone with its experiment.

In Britain, Tesco and Co-op are testing a six-wheeled delivery robot in Milton Keynes with Starship Technologies.